Be active every week, play whatever Class and Spec you enjoy the most, if you are a Main Spec Tank or Healer you are required to learn a Dps off Spec or have a Geared Dps Alt just encase we have too many as we frequently do with Tanks. Discord, DBM & Weakauras are Required to Raid. We are also a community from Twitch so a lot of us are friends.

Raids can finish earlier or go longer depending on if too many have to go or if enough people wish to continue. You are required to stay for at least 2hrs of a potential 4hr Raid. You are required to make at least 2 of the 3 Progression Raids per week if you wish to make Raider Rank. We do 1 Alt / Practice Raid each week on a Monday which is optional.

#1 - New People will be New Guildie Rank for their first 14 days in the Guild gives us a chance to learn what they are like as a person & a player.

#2 -  If you are Officer Rank & want to be or are Raider Rank you need to be active Every Week & be Signing Up for at least 2 Progression Raids Per Week. You should also be showing an active interest in learning your Class/Spec & Raiding in general. If you don't do 2 Progression Raids a week for 2 weeks in a row you will be Demoted to PVE Casual and will have to earn it back by being more active.

#3 - When you sign up for a Raid unless unexpected circumstances happen you should be prepared to Raid for at least 2hrs which is half a full Raid. If you are Raider Rank make sure you use the Raid sign up feature on the #🧙wow-raids if you can't Raid sign down but make sure you use it, the only exceptions are if you are a New Guildie Rank, PVP Rank, or PVE Casual Rank.  A warning will be given if you sign down with less than 2 hours just before a Raid after being signed up unless you have contacted an Officer with a valid reason.

#4 - If you ninja pull in a Raid put 5 Repair Hammers into the Guild bank if you do it multiple times you will be removed from the Raid.

#5 - Things in the Guild Bank are for Raiders Main Chars ONLY if you take anything out make sure it's for Raid use if you sell anything get permission first and put the Gold into the Guild Bank if things are taken for in-proper use could result in Guild Removal.

LFR = Always fine to Raid as we will never do this as Guild Group.

BEFORE Normal Raid Tier is CLEARED = You can Pug Normal after the Last Progression Raid of the Week.

AFTER Normal Raid Tier is CLEARED = You can Pug Normal on any day as we focus on Heroic.

BEFORE Heroic Raid Tier is CLEARED = You can Pug Heroic after the Last Progression Raid of the Week.

AFTER Heroic Raid Tier is CLEARED = You can Pug Heroic on any day as we focus on Mythic.

ONCE we start doing Mythic Raiding it can never be Pugged by any one, if you wish to Mythic Raid join the Guild Raid if you are caught Pugging Mythic you will be kicked from the Guild.

The reason we don't Pug the current Raid Difficulty of content we are on until after the last Raid of the week is purely to benefit the Guild. If no one gets loot locked to those Raid Bosses we can trade gear between Guildies so we can all gear up and progress faster rather than looking after just yourself you help the Whole Guild this way.

#7 - All Main Spec Healers & Tanks are Required to know a Dps off Spec or have a Geared Alt they can Dps on just encase we have too many Tanks or Healers that way you can still Raid, learn the tactics & get loot while helping the Guilds Progression.

#8 - Respect each other be nice and remember this is a game we are here to have fun with others, make sure you uphold the standards of the Guild even while out questing or in a Dungeon with Pugs no reason to be rude or nasty have fun Guildies.

#9 - If an Item drops in a Raid and the person who got it doesn't need it we do roll but the people who don't have an item of that item level get priority over some one who already has an item of the same item level it helps the Raid and Guild more than some one min/maxing secondary stats.

PVE Casual Rank is for our more Casual Players who don't wish to focus Raids and would rather focus other aspects of the Game it doesn't mean they can't Raid and they can become a Raider if they wish or just Raid with the Guild 1 or 2 times a week as a PVE Casual. These are the Guild rules above they may be added to in the future they are firm but fair and I agree to providing you as a Raiding Guild with 3 Progression Raids per week so you can all get awesome gear and progress in WOW make sure you take these in please if you have any quest... 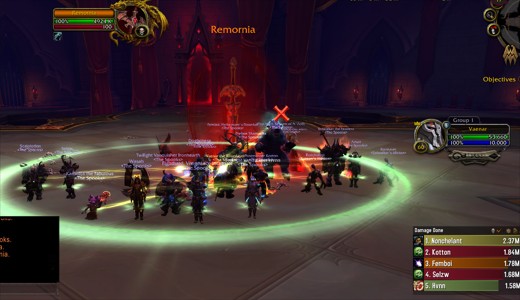