<US-Thrall-Horde> The Fallen Horde is a Adult Casual AoTc Raiding guild that has member from all walks of life and experiance ingame from as far back as the good old 40 man raid times.

The Fallen Horde is a Adult Casual Raiding Guild seeking Dedicated players for AoTc Prog going into Future Tiers. We are also looking for all other that just wants to have fun and be social. We do mythic+, some pvp, achievement runs......ect......

If you’re interested in joining or simply want to know more, please leave a reply here or reach out to the following guild members on bnet:

For all new raid recruits, there will be a trail period you will do before coming a raider in the guild. You must follow the rules and understand there is going to be little tolerance for drama in raid and guild. But if your tired of just casual play and want more then please apply the more the merrier.

The Fallen Hordes AoTc go getter team. Only Guild member will be accepted for the raid team. If not a guild member please fill out the Guild application first! 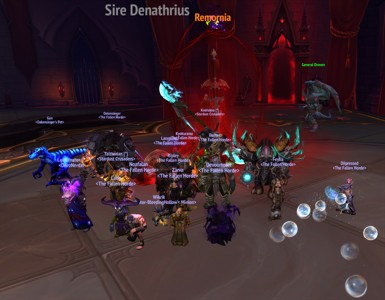