Recruiting for raiding in patch 9.2 and beyond.

We are currently looking for raiders of all types. Seasonal is a newly formed guild consisting of good friends that have been playing the game for years. We have 3 unique raid nights each with their own set of goals. The overall goal of the guild is to provide a welcoming environment where people of varying skill levels can enjoy raiding.

We have many players that also like to run Mythic+, get achievements, and just have a good time talking in discord while playing WOW or other games. We enjoy playing and want to share that enjoyment with others.

Monday - Normal raid team's goal is to provide a friendly environment where new people can be introduced to raiding. We will progress through Normal difficulty until we’ve completed each new raid. This is also the team for existing members to play their alts or even learn a new role (tank, heal, melee, ranged).

Thursday - Mythic raid team's goal is to achieve Ahead of the Curve (AOTC) and kill as many bosses on Mythic difficulty as we can each raid. We will continue from the Wed – Heroic raid each week and use the extra two hours to push a bit further. If you plan to push Mythic difficulty and raid on Thursdays, we also ask that you attend the Wednesday night raid.

WORLD 8,224
AMERICAS 3,452
REALM 51
Vault of the Incarnates
Sepulcher of the First Ones
Sanctum of Domination
Castle Nathria

This is a combined team each new tier until we achieve AOTC. At that point, Wednesdays become Heroic reclear for those that just want AOTC, and Thursdays become Mythic progression for those who want additional challenges. 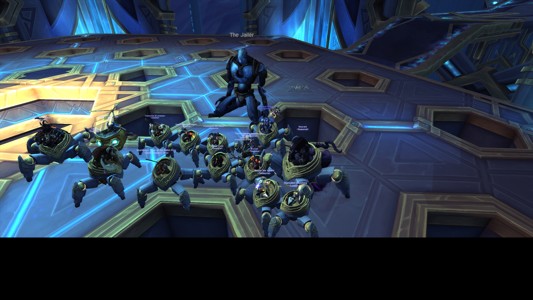