Welcome to More Than Five

This is the Guilds Of WoW guild page for the English semi-casual social raiding guild More Than Five on EU-Draenor. Have a look around and see if we're anything you might be interested in!

This guild is very much 18+. We're looking for adult players to fit into our atmosphere.

More Than Five is looking for more social players and raiders alike!

We're a semi-casual social raiding guild. What does that mean? That means we're on WoW for one primary reason, and that is to have fun. We're all for jokes, goofing around and general banter. We like to do activities from doing Mythic+ dungeons (of all key levels), to raiding and even PvP. However, just because we're casual, doesn't mean we have to be bad at doing it. That's why we're calling ourselfs semi-casual since we do like to achieve something.

We're also kind of a community outside of WoW. That means we play loads of other games as well and even host things like Discord Movie Nights. 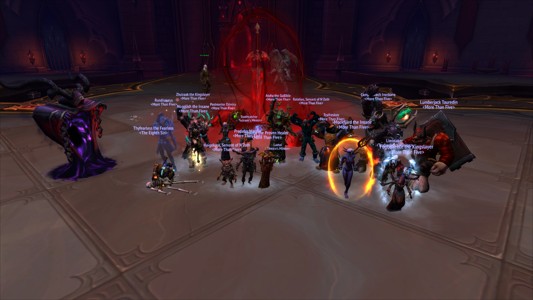