Bro Union is a newly formed raiding guild on Area 52. We are a semi-hardcore team with a 2 day raid week. CE focused guild and we also place a high value on the community atmosphere of our raid. We are a lead by example group of players that push ourselves constantly to be better and are looking for like-minded individuals with the same drive to improve your character and be prepared for progression.

CURRENT NEEDS
All applicants will be reviewed and contacted if there is interest
Applicants must be able to provide warcraftlogs for kills/prog.
Our logs can be provided as request or simply looked up
Raid Times:
9:00 - 12:00 EST Wed/Thu

What we expect from our raiders:
-Be online and active and notify the guild in advance of planned absences/tardiness from raid
-Have awareness of mechanics and the raid in general
-Able to take constructive criticism
-Every spot in the raid will be earned and there will be no favoritism/nepotism even from people in positions of rank from the guild
-Be prepared for being swapped in/out of fights when needed to maintain roster readiness
-Having a positive attitude during and outside of progression

What we provide:
-Late night players willing to help out when asked for it
-Multiple groups for M+ with several people already at keystone master
-Scheduled Alt runs that aren’t mandatory
-A environment of bros with a sense of humor

We require use of Discord and recommend Method Raid Tools, DBM/BigWigs, and WeakAuras

WORLD 1,112
AMERICAS 430
REALM 61
Sepulcher of the First Ones
Sanctum of Domination
Castle Nathria 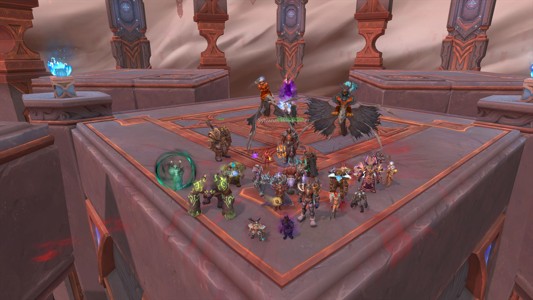